4 Things Healthy Lifters Should Be Able to Do

“WHOEVER DIES THE BIGGEST WINS!”

Back in the day, I knew a lot of guys who adopted that motto. And over the years I’ve watched a lot of those guys achieve their goals. They got really big and then died… some before the age of 50.

I guess they won.

With age and hopefully wisdom, most of us adjust our goals. Yes, we still want to get strong and build muscle, but we also want to KEEP clanking plates together for a long, long time.

Here are four simple, science-backed tests that you’ll either pass easily or fail. If you fail, I’ll have some terribly blunt advice for you at the end. 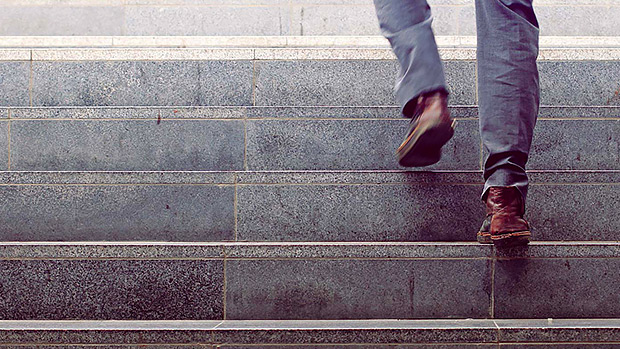 1. WALK UP 4 FLIGHTS OF STAIRS IN UNDER 45 SECONDS

Gather up four of your male friends. Statistically, one of you will die from a heart-related problem. Let’s make sure it’s one of the other bastards. Start with the easiest of the four tests. (You just gotta be able to pass this one.)

Researchers at the European Society of Cardiology devised this as a quick test of overall heart health and to judge your likelihood of developing coronary artery disease. It was pretty accurate, even compared to those doctor-supervised stress tests and fancy heart imaging studies (1).

HOW TO EVALUATE YOUR RESULTS

Remember, this isn’t a sprint to the top. Just walk and make sure you can sustain that pace. 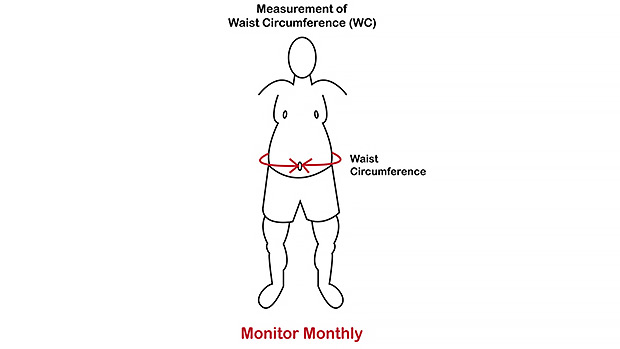 Some health researchers believe that a person who’s not obese or even overweight – as measured by the questionable Body Mass Index – can still have an unhealthy level of body fat, particularly in the abdominal area (2).

We’re talking about visceral adipose tissue – fat stored inside the abdominal cavity and around your internal organs. It causes insulin resistance and leads to dying in an assortment of unpleasant ways.

It also makes a man look pregnant, which is gross (3).

They call this pre-overweight phase “overfatness.” It can lead to cardiometabolic dysfunction and other chronic diseases. These researchers say that everyone should measure their bellies and avoid reaching the overfat stage, or at least not stay there for too long.

If the circumference of your waist measures more than half your height, you’re overfat.

That’s it. I’ll use myself as an example:

Admittedly, this is a very strict test. Not many people can pass it. Now, we can balk and say that this test is just plain mean, that it doesn’t consider our strong, muscular core… or we can admit that we’ve gotten a little chubby and need to reel it in. 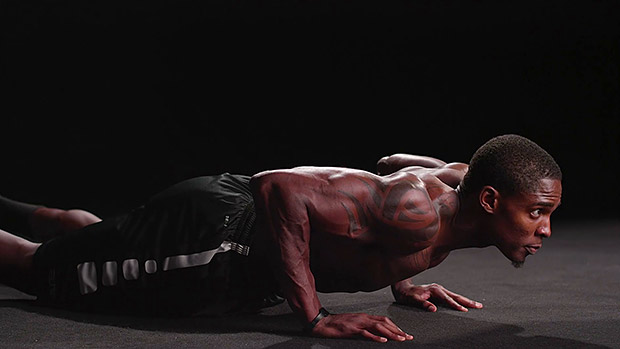 This test was devised by some nerds at Harvard after conducting a 10-year study. Surprisingly, push-up capacity was more strongly associated with cardiovascular disease risk than the results of the standard submaximal treadmill test.

Muscular strength has been shown to have an “independent protective effect” for all-cause mortality. That just means testing your heart health isn’t just about slogging away on a treadmill.

This isn’t saying that doing push-ups prevents cardiovascular disease. Rather, push-up ability is merely indicative of having the kind of upper-body strength that provides cardioprotective benefits.

Being able to crank out 40-plus push-ups in a single set is also a decent metabolic conditioning test and a test of relative strength. 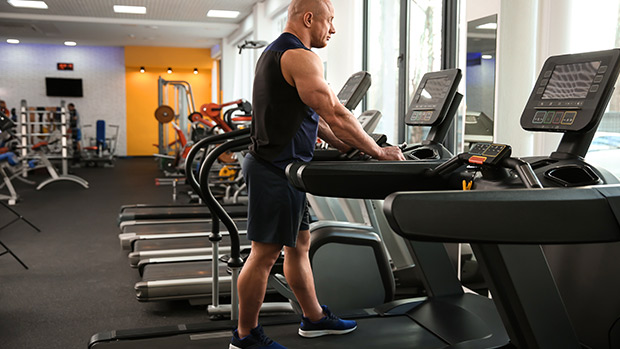 According to Dr. Jarett D. Berry, not being able to run a 10-minute mile means you’re generally unfit and at risk of being ugly. (I may have made up that last bit.)

Run one mile on the treadmill with the speed set at 6 miles per hour. That’s a 10-minute mile.

Now, do NOT just go out and run a mile as fast as possible then collapse. That’s not the idea. The goal is to be able to SUSTAIN that exact pace for 10 full minutes.

People who identify as runners will laugh at this one. Too easy. But this is a great test for strong lifters – those of us that only run away from bears and toward naked women wearing G-strings made of pearls. (That’s a thing, look it up.)

As lifters, it’s pretty easy to slack off on our cardiovascular fitness in favor of heavier one-rep maxes. But to live long and prosper, we need a balance. The goal is simply to be able to pass this test with relative ease and ALWAYS be able to pass it as we age.

May I bypass the hypersensitive, woke bullshit and just tell it like it is? Yeah? Thanks.

If you can’t pass these tests it’s most likely because you’re just too fat. And you’re probably too fat because your diet sucks.

You should fix that.