How to Program for Constant Gains

That’s why I like specialization phases. You focus on a certain lift (or one or two muscles) for a short period of time. This gives you a powerful and concentrated stimulus without increasing the overall training stress.

It works. When advanced lifters rotate specialization phases and use that as their whole training system, they get stronger faster. But it has to be done the right way.

Specialization even works for bodybuilding. I’ve used it with competitive bodybuilders during contest prep to allow them to keep adding muscle.

Let’s start with these six guidelines, then we’ll get into the how and why:

1. SIGNIFICANTLY INCREASE THE WORKLOAD FOR ONE LIFT OR 1-2 MUSCLE GROUPS.

Double or even triple the amount of work allocated to specialization. It should be around 50-75% of the weekly workload. While some are more aggressive, others are more conservative. So 50-75% will be a sweet spot for most.

2. INCREASE THE WORKLOAD BY FOCUSING ON FREQUENCY, WHICH ALSO INCREASES VOLUME BY DEFAULT.

When I plan a specialization phase, three of the four weekly workouts are focused on specialization work. These are “normal” workouts and thus essentially double or triple the amount of work for the specific lift or muscle(s). You can also increase training stress by using more intense training methods.

3. DECREASE TRAINING VOLUME FOR THE REST OF THE BODY (BY AN EQUAL AMOUNT).

This is the most important part and the one most people get wrong. If you’re passionate about training, it’s in your nature to want to do more. But specialization training won’t work if you don’t decrease volume for the rest of the body. The overall training stress will be too high, and you won’t progress at an optimal rate.

For example, if you normally do 70 total work sets per week (all exercises included) and decide to allocate 45 to the specialization work, it means you have 25 sets to spend on the rest of your body. Don’t panic. You won’t lose muscle. In fact, it’ll make those muscles more sensitive to stimulation in the future.

4. PLACE THE OTHER WORK – EXERCISES FOR THE NON-SPECIALIZED LIFT/MUSCLES – EITHER ON THEIR OWN DAY OR AT THE END OF SOME OF THE SPECIALIZATION DAYS.

5. DECREASE VOLUME FOR THE NON-SPECIALIZED MUSCLES THAT ARE SIGNIFICANTLY INVOLVED IN THE SPECIALIZED LIFT OR MUSCLE GROUP.

For example, you might not need to do any direct triceps or delt work if you specialize on the bench press. The more you reduce volume for these muscles, the more volume you can keep on the muscles unrelated to the specialization work.

6. A SPECIALIZATION PHASE SHOULD IDEALLY LAST 3 TO 6 WEEKS.

The longer it lasts, the more you’ll have to decrease volume for that lift or muscle in the phase following the specialization. 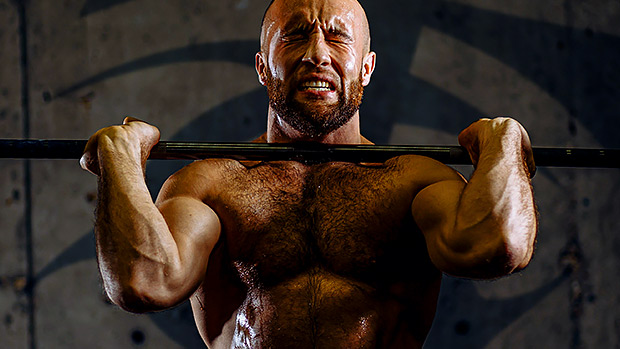 Now let’s take these guidelines a step further and apply them to a program in which you rotate through them.

1. MAKE SPECIALIZATION THE CORNERSTONE OF YOUR WHOLE TRAINING PERIODIZATION.

Each 3-5 week training phase is a different specialization. For example:

Phase 6 would just be two weeks of only doing small isolation exercises before you begin again.

2. MAKE SURE THAT NO MUSCLES ARE GETTING HIT HARD FOR TWO BLOCKS IN A ROW.

3. GRADUALLY RAMP UP THE TRAINING STRESS OVER 3-4 WEEKS.

Going from normal (or maintenance) volume to maximum specialization volume right from the start might be too much. Instead, gradually increase the amount of work for the specialized lift or muscles over the first 3-4 weeks of the block.

If you do 5-week blocks, the fifth week should be a deload. In this situation, the deload should simply go back to the amount of work you did in the first week. It’s not really a deload in the purest sense of the word, but rather a reduction in stress relative to weeks 3 and 4.

4. AVOID OVERLOAD METHODS WHEN YOU’RE NOT SPECIALIZING ON A LIFT/MUSCLE(S).

It’s tempting to keep using powerful methods like partial overloads, progressive range of motion, eccentric overload, or clusters (for example) when you stop specializing on a lift.

You’ll think that since your volume is much lower, you might as well use the most powerful methods to get as much progress as you can from the minimal volume you’re doing. That’s missing the whole point of the system!

This will just make it harder to keep the involved muscles maximally responsive and will reduce the gains you’ll get from your next specialization phase for that lift/muscle(s). When you’re not specializing on a lift/muscle(s), lift regularly without special methods.

5. ADJUST THE LENGTH OF THE PHASES BASED ON THE MAIN GOAL.

When doing more of a hypertrophy plan, do 3-week phases. For strength, 4–5 week phases.

HOW TO PLAN SPECIALIZATION WORK

There are several ways of setting it up. Start with the idea that you’ll include work for the specialized lift/muscle(s) three days a week. Here are the options you have:

Which approach to choose? In reality, they’ll all work well. What’s optimal for you depends on your main goal.

HOW DOES SPECIALIZATION WORK?

The greater the training stimulus placed on the muscles, the more they’ll grow, provided it doesn’t exceed the body’s capacity to repair the muscle damage.

That would be fine if it were not for the fact that any exercise has both a local and systemic effect. If an exercise only had a local effect – an effect on the muscles being trained – then you wouldn’t risk a training burnout or adaptation failure by doing too much work. You’d just hit a different muscle (or muscles) at every workout and be fine.

But a workout also has strong systemic effects that require systemic recovery. As such, even if you hit two completely different muscle groups two sessions in a row, there will be additive systemic stress.

There’s a limit to how much each muscle can recover before things start to go backward. That’s why more stimulation isn’t as simple as adding work or training stress for every muscle group. Beginners or intermediate might get away with that, but not advanced lifters.

The advanced need more training stress than beginners and intermediate lifters to keep progressing, but adding training stress to EVERYTHING might be impossible to recover from systemically.

The advanced are also stronger and are thus already imposing a much greater systemic stress than beginner/intermediate lifters for the same relative workload. While training using 80% loads might have a similar local effect in beginners and advanced lifters, the systemic impact is much greater for the advanced lifter who uses more weight.

Essentially, the muscles themselves have a limit of stress/damage they can recover from, but your whole body also has a limited amount of overall work it can withstand, positively adapt to, and maintain for an optimal performance level.

It’s important to maintain pretty much the same overall training volume when you do a specialization routine as when you do your normal training: to avoid increasing the systemic stress.

For example, if in a training week you do 4 sessions with 5 exercises each for a total of 20 work sets per workout, that gives you 80 total work sets per week.

OTHER BENEFITS OF SPECIALIZATION

Specialization works, especially for advanced lifters and strong intermediates. It gives you a single purpose for each phase, which can help you focus.

For those who need more variation, it’s also a great approach because each workout can use completely different methods or loading schemes. And if you use the rotation approach, each phase is dramatically different than the others.

If you’re an advanced or a strong intermediate lifter and have not been progressing much lately, give specialization training a try.